As we predicted at the time things are very different now, and even after excluding some very, very specialised terms we have a lengthy glossary. For a shorter, funner introduction to vaping terminology see The Secret Language of Vaping.

ADV/All Day Vape: An e-liquid which is ideal for vaping all day.

Amps: Short for ampere, a measure of electrical current. E-Cig batteries are measured in milli amh hours (1/1000 of an ampere).

ASH: Action on Smoking and Health. Along with their allies, the organisation opposes the electronic cigarette. ASH UK cautiously supports the device, but also supported the Tobacco Products Directive, which will put major restrictions on e-cigs.

Atomiser (US: Atomizer): Electronic component that turns the nicotine solution contained within the e-cigarette into vapour. The word is starting to fall into disuse, with more people using the word coil.

Bridge: A covering over the atomiser in some coils.

Buck: A DC-DC power converter which steps down voltage while stepping up current.

Clearomiser (US: Clearomizer): A combined cartridge and atomiser with clear walls, which allow the user to see how much eliquid remains in the cartridge. For more information see The Ultimate Guide to Clearomisers.

Cigalike: An electronic cigarette that closely resembles a tobacco cigarette.

Coil: A coil is the part of the e-cig that heats e-liquid and turns it into vapour.

Clapton: A type of coil configuration. A clapton coil has a thin wire wrapped around a thicker wire that forms the main coil to offer more surface area to the wick.

Clone: A copy of a branded e-cigarette. Many of the top brands now feature authenticity stickers.

Custom Mod: A mod that has been customised by the user. Not available to purchase off the shelf, for example steam punk mods.

Diacetyl: A harmful compound which has been found in some e-juices, athough generally far below levels found in cigarette smoke. If you are worried, ensure you only buy e-liquid from companies which test their e-liquid. See Diacetyl in E-Cigarettes: What they never told you.

Disposable E-Cigarette: Designed to be used once and then disposed of after e-liquid has run out.

DNA Chipset: A brand of chipset that provides control and delivery of power to e-cigarettes.

DNA Mod: A mod that uses the DNA chipset .

Dipping: Refers to dipping an atomiser into e-juice prior to vaping.

Direct to lung: In contrast to Mouth to Lung vaping, in Direct to Lung vaping the vapour is inhaled to the lung without being held in the mouth first.

Dripping: Where e-liquid is dripped directly onto the coil, usually using a custom built mod. See Dripping for more info.

Dry Burn: The effect you get when you heat your coil with no or insufficient e-liquid. Usually done by accident, some vapers do this on purpose in order to remove residue. Can lead to the cotton catching fire. Scientists have advised against this.

Dry Hit: The feeling you get when you vape as or after the coil burns out. Here’s how to avoid it!

Dry Smoking: Done when atomiser is flooded with solution. Remove mouth piece, take out cartridge, replace mouth piece and inhale. Be very careful to avoid damaging the atomiser by over heating it.

Drip tips: Were originally used to refer to a device used to drip several drops of eliquid directly onto an atomiser. Now sometimes used to refer to the mouthpiece of an electronic cigarette.

ECA/ECASSOC: The Electronic Cigarette Association. An American industry association set up both represent the interests of and enforce certain standards on members. Now defunct.

eGo (also written as ego or EGO): Originally an electronic cigarette model produced by JoyTech. Ego is now used to refer to the type of fitting of a clearomiser or cartomiser. Ego or 510 connection. See The Types of eGo E-Cigarettes on ECig One for details

Electronic Cigar: similar to the electronic cigarette (see below) but with a cigar style and flavour.

Electronic Cigarette: A cigarette where an atomizer vaporises the nicotine which is then inhaled as vapour as compared to the smoke normally inhaled. Also known as the E-Cigarette, the E-Cig, Electro-fag and even the E-Ciggy.

ENDs: Electronic Nicotine Devices, another term for electronic cigarettes. Frequently used in scientific papers on e-cigarettes. Some vapers like the term as it suggests the END of smoking.

E-Pipe: If you have read the other two you can probably work out what an E-Pipe is…

E-Smoking: Smoking with an electronic cigarette.

Favour Cigarette: One of the first smokeless cigarettes. See Norman Jacobson below for more information.

Fins: Raised metal ridges, commonly placed on the drip tip of a tank, designed to dissipate heat. The Aspire Triton is an example of a tank design using fins.

Filling: Often refers to the material used to pack a cartomiser. It is an extension of the wick, and absorbs e-liquid that is supplied to the coil. Can also be called wadding or filler.

Flavour Chaser: A person who priorities flavour from his e-cig (often used in comparison with cloud chasing.)

Flooding: Occurs when e-juice floods into the atomiser.

G
Genesis atomiser – A style of RBA that consists of a tank below the coil deck. A wick (often stainless steel mesh) is fed though a hole into the tank and through the coil on the deck.

Han Li (commonly known in the west as Hon Lik): Inventor of the modern e-cigarette.

Herbert Gilbert: Considered by many to be the true inventor of the e-cig, he designed, patented and built a battery powered inhalation device in the 1960’s. You can read an interview with him here.

Hookah pen: Also known as shisha pens. Popular at one time, these were a style of e-cigarette, generally long and thin, and often available with flavours similar to those provided in hookah pens

Hot spots: On clearomiser coils, refers to a hot spot on the coil which can cause burning or bad taste. Some regulated mods have features to avoid this.

Hybrid: A mechanical mod designed without standard ego or 510 connection. The tank is essentially screwed directly onto the battery.

Joules: A measure of energy. Can be described as the work required to produce one watt of power for one second.

Kanthal wire: Trademarked name for a family of alloy used in resistance wires.

LED: The light at the end of the cigarette (light emitting diode). This lights up when the user inhales, resembling an analog. Depending on the model, the LED may convey information to the user about the battery, i.e. flashing when the battery is running out or glowing green to show it is fully charged.

Mech Mod: (Mechanical Mod) A mechanical mod is a device which has a battery and a switch with no adjustment or protection. For a guide and safety information see this article from On Vaping.

Mod: Originally the for an electronic cigarette which has been modified into a unique design. Now frequently used to describe mass manufactured box style e-cigarettes.

Mouthpiece: Replaces the butt of an analog.

Mouth to lung: In mouth to lung vaping the vapour is inhaled into the mouth and held there before being drawn into the lung.

Nic Base: A nicotine base designed for mixing with flavours. Typically comes in a pg/vg mix but with no flavours.

Nichrome/Nickel Wire: Nickel Chrome or nichrome wire can be used to measure the temperature of the coil in temperature control mods.

Norman L Jacobson: Pioneered the use of the term vaping. See our interview with Norman here.

Ohms: A measure of electronic resistance. Used to measure the resistance of heating coils in atomisers.

Organic Cotton: Organic cotton, especially Japanese, is favoured by many vapers for use in e-cig wicks.

Pen-Style: A particular style of electronic cigarette, known for its resemblance to a ball point pen.

Personal Electronic Nicotine Inhaler System (PENIS): More of a joke than a term commonly used despite the efforts of some vapers to popularise the term. Included for the sake of completeness!

Passthrough: Device that plugs directly into a computer or USB charger so that users can vape without having to worry about recharging their electronic cigarette.

Priming: The process of soaking your new coil prior to use. This reduces the chances of dry burn and burnt out coils and is essential when using more powerful set ups.

Propylene Glycol: A colourless liquid that forms the majority of the solution in the Electronic Cigarette. The liquid has been extensively tested for safety – see Propylene Glycol for more information.

Personal Vaporiser (or PV): An alternative name for the electronic cigarette.

Resistance: Refers to the resistance of the coil in the atomiser (measured in Ohms). A lower resistance produces more heat and vapour. See The Vaper’s Guide to Voltage, Watts and Ohms for more info.

Silica: A type of wicking material that has largely been replaced by cotton and ceramic

Smoke-juice: Another phrase for E-juice.

Snus:  Snus is the Swedish version of snuff. Since Snus was taken up in Sweden, lung cancer rates in the country have dropped to the lowest in Europe. The EU has banned Snus in almost all member countries, and attempted to do the same with e-cigarettes.

Squonking: Refers to the action of the squeezing a bottle of e-liquid which is directly attached to the coil in your mod. For details see Vaping 360’s Guide to Squonking.

Stealth vaping: Deliberately vaping in a way that is designed to minimise attention. Typically stealth vapers used certain techniques to minimise the amount of visible vaper exhaled and may use smaller, more discreet devices. For tips and tricks see Stealth Vape like a Pro.

Sub Ohming: Vaping with a coil with a resistance set below one ohm.

Throat Kick/ Throat Hit: The definition seems to vary according to the vaper, but essentially the feeling when the vapor hits your throat. See The Vaper’s Guide to Throat Hit for a full definition and guide.

THR (Tobacco Harm Reduction): Much of the scientific support for the electronic cigarette has come from scientists involved in tobacco harm reduction.

Titanium coils: Alternative to nickel coils. Titanium is stiffer, offers higher resistance and is easier to work with. However, there is some controversy over titanium, with some vapers questioning the safety.

Topping: Topping up a cartridge with e-juice. Also known as topping off.

Vape: To inhale vapour from an electronic cigarette.

Vaper: A person who vapes.

Vapeaversary: When you celebrate the day you switched from smoking to vaping.

Vapers In Power: A political party representing vapers in the UK and standing in elections to raise awareness of vaping issues.

Vaper’s Tongue: Refers to a loss of taste, from suddenly going off a flavour to losing all taste for flavours. If you have vaper’s tongue, here’s what to do!

Vapour And Gratification Inducing Nicotine Apparatus (VAGINA): Again, this one is not commonly used!

Vent holes: Designed as a safety feature in batteries, these allow gases to be expelled from the battery.

Venting: When gases are released via the vent holes from an e-cig battery.

Vooping: Vaping on the loo (you can work out the details!)

Watt: A measure for units of power. 1 Watt = 1 Joule per second

Wick: A small piece of fabric or cotton which is found in the cartridge. The wick absorbs the e-liquid and holds it until is vaped.

Wrap: A single revolution of a wire when building a coil.

X-Vaping: To exhale vapour from an e-cigarette. (Actually, we just made this one up.)

You: The person who uses your e-cig.

Z
Zero Nic: E-Liquid or cartridges that contain no nicotine.

Zooping: Using your e-cigarettes at the zoo while looking at beasts.

This is a work in progress. We may have missed some words, and there are bound to be new ones added. So if you think we are missing some, do suggest them in the comments below!

The A to Z of Vaping 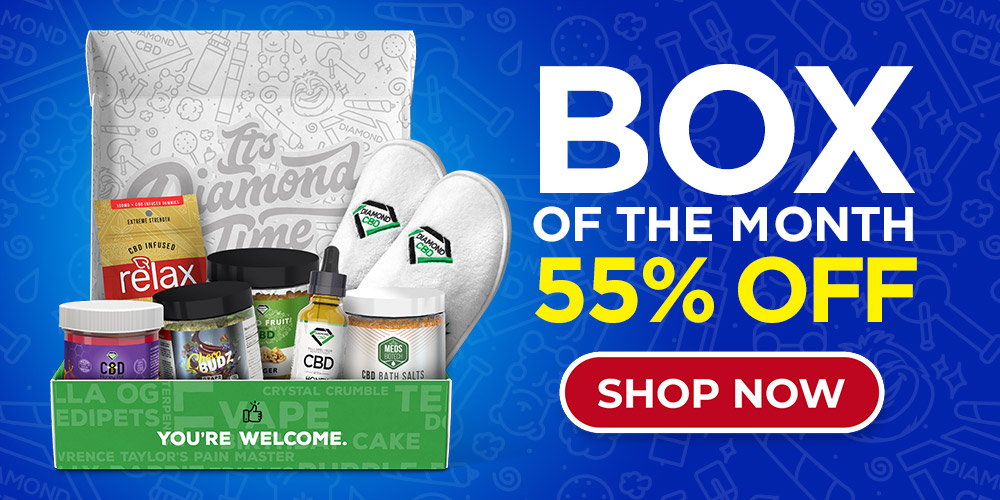